A Preview of the Dietary Inflammation Podcast Series 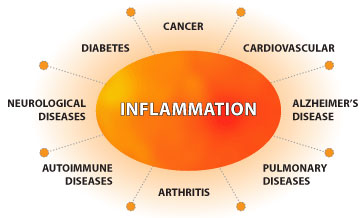 Recent research suggests a person’s diet strongly influences how fat is stored, mechanisms that control appetite, cravings for food, eating behavior, and inflammation in the gut and brain. This is a dramatic advancement toward understanding how people end up gaining weight, why it is so difficult to lose, and mechanisms leading to regain of weight after traditional dieting.

There is a condition described in scientific literature called “dietary inflammation.” Inflammation is an important signal that tells your brain there’s something wrong and it needs to be fixed. Dietary inflammation is caused by the foods available to you in the grocery store being heavily processed and refined.

Before we go further, let’s review the definitions and differences between whole foods, processed foods, refined foods… because they all mean something different.

Whole foods are those that have not been altered from their natural state.

Processed foods are foods that have changed, often with the goal of preserving the food, but have not yet had nutrients removed (ground, chopped, etc) or that have been commercially processed (freeze dried, canned, heated, etc).

Refined foods are processed food that have had nutrients are removed in an effort to extend shelf life .

Over the past twenty years most, if not all, of the vitamins, minerals, antioxidants, enzymes… basically most of the healthy nutrients have been removed during processing for mass production and we are left with a fortified food substitute in a fancy wrapper. These prepackaged processed foods are highly refined, are high in sugar and fats. These refined foods directly cause inflammation in specific areas of your body and causes symptoms that are felt throughout your entire body.

A clear picture is emerging where a diet high in fat and sugar causes dietary inflammation affecting the entire body. This vicious cycle of inflammation strongly influences the accumulation of Visceral Fat. The present dieting landscape is filled with gimmick diets, powders, bars, pills, shakes, cookies and prepackaged foods aimed at easy and quick fixes to lower the number on the scale. None of them address the cause of the problem… dietary inflammation- the foods that cause it, and the inflammatory mechanism itself.

Interested in learning more about dietary inflammation, it’s effects, and how you can address this in your own daily life? Check out the Dietary Inflammation Podcast Series here.

February 2018 Review-News-Info It’s that time of year again… Overuse injuries are back ! How to manage shin splints, golf elbow, & other weekend wreckers

What is Visceral Fat?

The Power of Goals